That went so fast.

My birthday has come and gone again (December 23rd, not today), and once again I’ve procured some books to celebrate the day! A lot more hardcovers this time around since I’m attempting at getting hardcover versions of my favorite novels because they’re prettier than the paperbacks. There’s also fewer books because I also got some (much needed) clothing, and that won’t be included in a birthday book haul. Just books today! 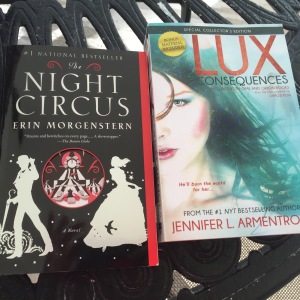 The two paperback books of this haul are two I’ve been trying to get for a while now, and they are The Night Circus by Erin Morgenstern and Lux: Consequences by Jennifer L. Armentrout. I’ve been wanting Night Circus, but I’ve been holding off on getting it because I wanted a different cover than the previous paperback had. Then I saw this one and I had to have it. I also picked up the second bind-up of Lux because, well, I was missing it. Now I have both bind-ups and Opposition. Binge time? 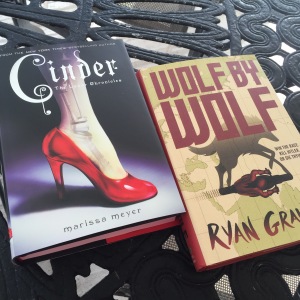 Up next we have Cinder by Marissa Meyer and Wolf By Wolf by Ryan Graudin. But, Nova, don’t you already have Cinder?

Yup! But I love the series so much that I want the hardcover editions rather than the paperback, even though the paperback ones feel cooler. My friend who doesn’t read enough will be getting my old copy so she can see what the big deal is.

As for Wolf By Wolf, I wanted this book the moment I knew it existed. Historical fiction? WWII? Alternate history? Um, yes, please!

I have such high expectations for this one, I only hope they’re not crushed. 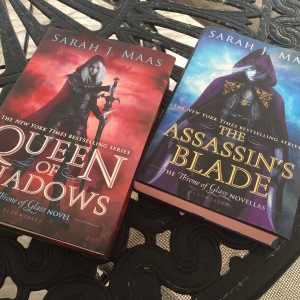 And finally we have Queen of Shadows and The Assassin’s Blade by Sara J. Maas. With these two books, I am now fully caught up with owning all the released books in the series. I haven’t read them yet, because I hear horrible stories of cliffhangers, but I plan to around the next book release so I can wait in anguish with the rest of the series lovers.

Side note: Queen of Shadows has some sticker residue on the dust jacket (thanks, Target), does anyone know of a good way to get rid of it without damaging the jacket? Please let me know!

And thus completes this year’s birthday book haul! Thanks for reading and see you next time!

Ask Sebastian to dance? 🤭😘
It’s #24in48 this weekend! I’m chugging along with a number of audiobooks, copious amounts of coffee, and a lot of video games to play while I listen ✨
New cup to help in satiating my coffee addiction! Possibly the cutest one I’ve ever owned. Probably. Definitely.
My book recs of 2020!
So I finally got my backer code for Calico: Magical Girls Running Cat Cafes and, as buggy as it is, it’s SO CUTE. It has so much potential, especially considering how small the team is and how much they’ve accomplished so far, and I can’t wait to see what they manage to do from here!
My friend got me the CUTEST Animal Crossing dice bag for Christmas! I’m so in love with it, I can’t wait to be able to use it during a game when the vaccines are out!! 🥰