This review is spoiler-free!
I have also reviewed Crewel (#1) and Altered (#2). 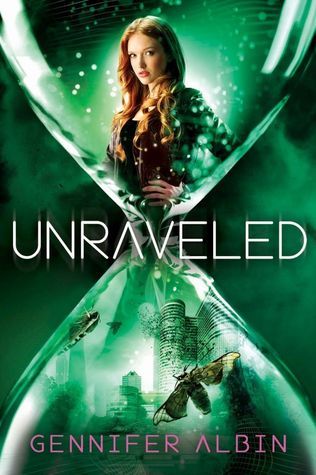 Autonomous. Independent. Dangerous. They tried to control her. Now she’ll destroy them.

So … I went into this one with mixed feelings not only because of the title, which hints at exactly what you think it would after reading the past two books (not a spoiler, since I’m not telling you exactly and I’m not telling you if it even happens or not), but also because of the fact it’s a good amount smaller than the first two books in the series.

Unfortunately, I was indeed a little underwhelmed by this final installment in the Crewel world. However, it was not a bad book. It just didn’t quite live up to the fairly large expectations I had manage to create while reading the first two books. Maybe I was spoiled by the settings I was given in them, since they were barely present (or not at all, in some cases) in this one, mostly due to the setting and pace that surrounds this one.

If the action parts of the series were your favorite parts, then this final book will possibly be your favorite, because it does take the rebellion happening in the previous two books by the gonads and bring it front-and-center. What made me particularly happy about this, despite it not being my favorite part of the book, was the twist that was implemented by Albin. I’ll admit, I didn’t quite see it coming. I felt it fell a little flat in the end, but I definitely was a little shocked and quite a bit worried when that twist came into play and I was left wondering what exactly was going to happen in a book that had then suddenly seemed understandingly short where it hadn’t before.

Does that make sense?

Well, either way, I’m not going to give it away. You’ll have to read to find it all out.

Not the best ending, but not a total let down like some other books have been in the past. I really like this series, and I’ll be reading/group-reviewing the short stories that Albin has avaiable, probably all within a day, so stay tuned if that interests you.

One thought on “Unraveled by Gennifer Albin | Review”