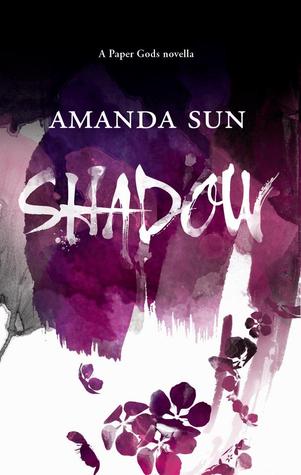 At first, going into this, I’ll admit I was kind of skeptical. I did only pick this series up because of the pretty covers (I really should stop ding that, I know, but I can’t), so I knew very little about it. Honestly, I didn’t even realize it had anything to do with Japanese culture and mythology. Why? Because I almost never read anything regarding the book before going into it, even the little blurbs.

So, when I first jumped into it, I was surprised at what I found. However, I wasn’t disappointed, because I love mythology and Asian (specifically Hindu and Shinto, actually) cultures was one of my sub studies when I was working on my degree. I was pretty pulled in, even though the skepticism lingered.

I did find myself rolling my eyes here and there at some of the ways that the Japanese lingo was thrown in, but other times I was pleasantly aware at how well it helped define the fact that they were not actually speaking English to one another. It was a mix, and it depended on how each was executed, but I liked seeing both sides of the story. I especially was interested in the school aspects, since student culture and lifestyle in other countries is super, super interesting to me.

I really think this was a nice segue into the series, and I’m glad I bothered to peak at the reading order guide before diving directly into Ink, like I was going to at first. I’m excited to continue into the series, which I’ll be doing immediately.

One thought on “Shadow by Amanda Sun | Review”