A copy of this book was received in exchange for an honest review. 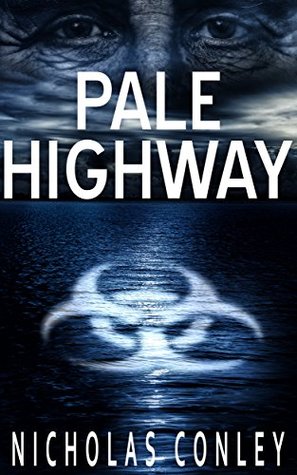 Gabriel Schist is spending his remaining years at Bright New Day, a nursing home. He once won the Nobel Prize for inventing a vaccine for AIDS. But now, he has Alzheimer’s, and his mind is slowly slipping away.

When one of the residents comes down with a horrific virus, Gabriel realizes that he is the only one who can find a cure. Encouraged by Victor, an odd stranger, he convinces the administrator to allow him to study the virus. Soon, reality begins to shift, and Gabriel’s hallucinations interfere with his work.

As the death count mounts, Gabriel is in a race against the clock and his own mind. Can he find a cure before his brain deteriorates past the point of no return?

I went into this novel knowing next to nothing about it (as I usually do, I enjoy finding the book out as I’m reading it), and I was very pleasantly surprised by what I found out as I went. Gabriel Schist, the main character of the story, was in no means a weak presence in his own story. Much like characters should, he commanded not only everything going on around him, but what was going on in his head, despite the ever-looming threat of his Alzheimer’s. And, I actually found his struggle really interesting.

It was fascinating to see the methods Gabriel used to contradict the path his mind was trying to take, and the way he watched the other patrons around him fall into the pits of old age that he was trying so desperately to keep from falling into himself. Watching him slip occasionally, only to get right back up, was one of my favorite aspects. I kept rooting for him and wondering anxiously when another possibly slip was coming.

Aside from the wonderful prose (seriously, I absolutely loved the way this was written — especially the dialogue), the things I found myself looking forward to the most as the story went on were the interactions between all of the characters, both in the chapters that are “current” (2018) and “past” (various time periods in the mid- to late-1900s). Which cycles back to my love for the dialogue. I was looking forward to seeing just how the huge problem Gabriel had on his hands was going to be solved, if he even solved it, but mostly what I really wanted was more speaking. The patrons of the nursing home were hilarious and fantastic. I wish I could actually meet them.

I honestly wasn’t expecting the twists the story took, especially early on, when we find out something about Gabriel’s “hallucinations” not being quite as unreal as he seemed to think. Or … were they? Hm. The farther I got in the story, the more I wondered what was meant to be all in Gabriel’s mind and what just wasn’t as apparent to everyone around him as it was to him. I can’t go further into it without giving some spoilers that have to do with the very last chapters of the book, but there are a few very questionable things going on, especially later.

All in all, a very, very different story from what I usually read, and totally worth slipping out of my usual zone to give it a try. Thank you to Nicholas Conley for contacting me!

And, to you, thanks for reading!