I don’t think I’ve walked that much during a con since 2011. Thanks, Pokémon Go.

… Was awesome! I was a little iffy on how they set everything up this year (because having the Artist’s Alley in all the light from the doors was really nice, as opposed to the crowded and stuffy area the Dealer’s Room is always crammed into), but I did like how I only had to flash my badge here and there and then could walk freely into the wide-open doors to the now-combined area of the Dealer’s Room and Artist’s Alley. I’m thinking they’ll probably switch it up yet again next year, like they do every year now, so here’s hoping they change it back and just implement different checkpoints for the badges or something.

The best part of the con for me, though, had to be thanks to Pokémon Go. There were so many people playing it that I talked to way more people than I usually did and generally had fun chasing down the rares that appeared thanks to the masses of people playing. Since it’s directly on the harbor, I also managed to catch enough Magikarp to evolve myself a Gyrados.

Since I wasn’t as concerned with my cosplays at this con (I’m all by my lonesome for this one, none of my con pals come down to Florida, I always go up there instead), I ended up trying to snag some panels. Not many of them appealed to me much when I could instead be walked around and catching more Pokémon, but I did go to a long-time favorite and a new one that was hilarious.

The long-time favorite was the Terrible Fanfiction Dramatic Reading Theater, and it’s the only panel that I make sure to attend every year. I didn’t hear any new bad fanfiction being read this year, but it’s always hilarious regardless, thanks to the people who get up on stage and act out the readings. The other panel I went to was called Funniest Video Game Moments, and I wasn’t sure I would enjoy it since I don’t really bother watching those kinds of things unless I’m super familiar with the game, but watching them with a room full of people makes it five times as hilarious to watch, even if I don’t know the game. I will definitely be making a habit of attending this one if it shows up again, because it was a blast.

Since this is a con I go solo to (my sister is usually with me on and off, but we don’t belong to many of the same fandoms), I wasn’t all that concerned with what to wear and decided to just bring along a Pokémon cosplay to celebrate the release of Go and my Luka, since I wanted to test out the new wig I bought for it. Since I didn’t have a camera man on hand, I don’t have many pictures. Sorry!

♥ Wig: Arda’s Classic Jeannie in (CL-074) Spanish Brown. I think. This wig is six years old so they have possibly changed the color up slightly. This is also before they offered two sizes, so it’s really big on my head. [link]
♥ Cap: Commissioned from DeaviantArt forever ago, but you can find them on Etsy! I’ll link one of the cheaper options. [link]
♥ Bag: Purchased from Hobby Lobby. I can’t seem to find it on their website, but they may have it in-store, so check around there if you can.
♥ Shirt/Vest/Boots/Shorts: Thrifted or made by me. They’re really not hard to come by, it’s such an easy cosplay.

She will always be my favorite trainer design, so I never get tired of wearing this one. The only thing I do hate about the cosplay is the wig, because goddamn does that thing get tangled like no other. I have to wash it, brush it out, and re-curl it between each wear, which takes a while. I’ll be doing a post at some point explaining this process since many people have the same problem I do and use the same brand of wig/clips. 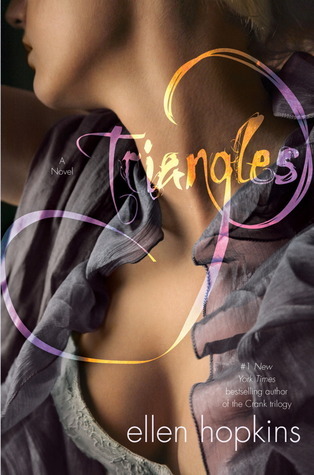 ♥ Wig: Arda’s Classic Luthien in [CL-011] Bubblegum [link] and their Classic Long Curly Clip in the same color. [link]
♥ Cosplay: deets are here for contacts and such, but I made all of the clothing.

Same basic cosplay as before, just sans fake eyelashes and with a new wig, which I am in love with. I’ll be doing a review on this wig, along with the clip, in a later post.

It doesn’t look like I got a lot this time, but I spent a lot of money on one thing that I couldn’t pass up.

As you can see, I was feeling Marvel things for this con mostly, with a little side of Pokémon, Harry Potter, and Star Trek.

The cards aren’t finished yet, they’re a project by the artist, so I pre-ordered them and was given a booklet of the art that would be featured on the cards. It was pricey, but I’m a sucker for fan-made things and Harry Potter, so I can’t wait to get my hands on the final products. I don’t know if it’s possible to get a pre-order in for yourself without having to be at one of the cons the artist goes to, but there might be!

That’s all for this con — onto the next!