I knew the Dollar Tree sold books, I just never bothered to look through them because I thought it was all Bibles and romance novels. Imagine my surprise when a Darren Shan novel catches my eye.

Obviously, I dug through those shelves and found a couple more. How could I say no to a dollar a book?

Most of the books they did have were third or fourth or such in a series, but I figured it was worth the risk of nabbing since it wasn’t exactly an expensive purchase. 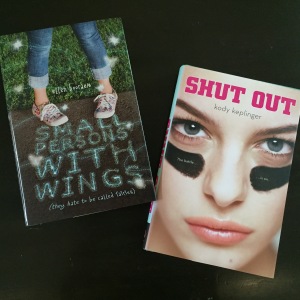 First up I grabbed Small Persons with Wings by Ellen Booraem, a middle grade standalone novel about fairies, and Shut Out by Kody Keplinger, which doesn’t need any explination if you’ve been around a while. I just love Kody Keplinger’s books. 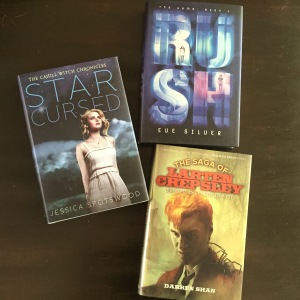 Following are the books that are not standalones and, for the most part, I know nothing about. The only I have some idea about is Brothers to the Death, the fourth book in The Saga of Larten Crepsley, which is the prequel series to Cirque du Freak by Darren Shan. I haven’t read the series in forever, but I think it’s fair time I give it a reread. Star Crossed by Jessica Spotswood is the second book in the series and one that I have no idea about. The same goes for the last book in this haul, Rush by Eve Silver. It says something about aliens, and I like aliens.

And that’s my little spontaneous book haul a la Dollar Tree. I’ll be checking back there more often now that I know it’s a thing. If you’ve read any of these books, let me know what you think of them!