I did finish the costume, however, I am displeased with how it came out. So, I’m just going to pick up one of my cosplays and wear that instead.

(Thank god for that, though, because I’m not about to spend a bunch of money on a costume from the store.)

Eventually, I will fix the puffy-skirt costume and get pictures of it, but for now, it’s not going to be what I’m wearing to Disney. But! There will still be pictures of the party, as many as I can take.

Probably not in tomorrow’s post, because I’ll have to get that one typed up and published before I leave the house for Orlando if I want to have a post that day. Which, I do, I skipped one day on accident already and I’d like to not make a habit of it.

So, what cosplay am I going to be wearing to Disney? Well … I can’t take Luka, because floor-length costumes are a no. I’d rather not take something like Max, since it’s kind of an obscure choice (or is it?). I might take Jack Frost, despite that being such an old cosplay.

Or I might take Dany, even though that one is just as old. Karkat is not an option, even if I wanted to wear him.  I don’t really want to do Frisk without Mettaton and Undyne, nor Matt without Mello. Hermione would be too warm.

I think it’s down to Rose Lalonde, Jack Frost, or Dany, depending on how I feel when I’m getting dressed. I’ll save what I pick as a surprise, because I don’t even know which I’ll be.

Cat pic of the day: 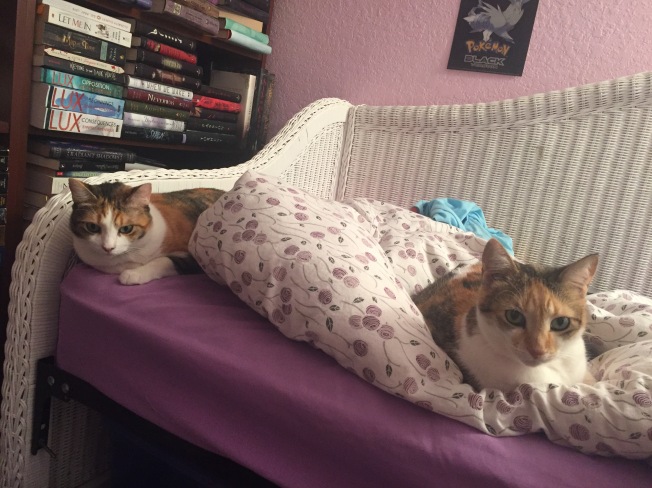