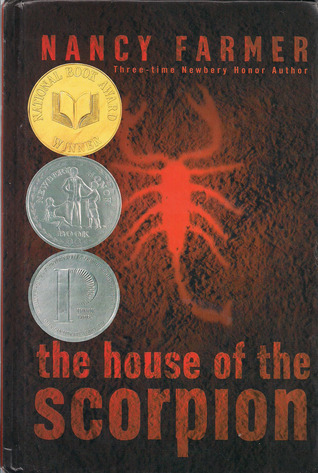 I’ve been meaning to read this book since it was first mentioned to me by the librarian of my elementary school when I was in fifth grade. Obviously, it took me a long time to get to it, but I’ve finally managed to get the book read and done.

I can see why it’s such a popular book, especially for the content and plot it presents. I wasn’t totally enthralled at first, but once I got past the parts that had to do with Matt misunderstanding his circumstance (or, at least, the fact he didn’t know what he was, the other circumstances I won’t mention because spoilers), it became a lot more interesting to read. I really enjoyed Matt’s character, more so as he got older than in his younger years, and his relationship with the others around him.

There wasn’t anything particularly mind-blowing about the story line for me, up until we get to the very tail-end of everything. I blame that on all the twists YA novels cram into their pages nowadays, but that one bit at the end definitely caught me off guard. (One of them, anyway. There were a couple of surprises waiting for you once you got there.) That fact, however, didn’t detract from the story at all. It was still so interesting learning along with Matt as he went through his life and learned the fairly shocking truth of his existence, along with the moral dilemmas that he was presented with.

The story itself, too, was also just a really good read. The prose was smooth and easy to read, and I didn’t ever find myself looking at a passage and wondering what the heck I missed earlier on in the story for something to be happening, which is always a plus for me, since I sometimes zone out momentarily and don’t realize I’m doing it. A Song of Ice and Fire is always a difficult time for me because of this. The House of the Scorpion was not, and that made me pretty happy.

Now, time for the sequel, which I am so excited to read. I need to know how it all worked out. Or, well, how it even happened in the first place.