Shhhhooooooosh. Shoosh. I was in Disney. Shhhh.

I actually had to look at Goodreads for this one, because the past week has been such a blur that I couldn’t tell if I had read things two weeks ago or within the passing week. As I mentioned in last week’s post, I finished Clockwork Prince and started, and then finished, Eve and Adam (and the novella connected) by Michael Grant and Katherine Applegate. I’ll say a bit more about how I felt about them when the time comes (IE, monthly wrap-up). 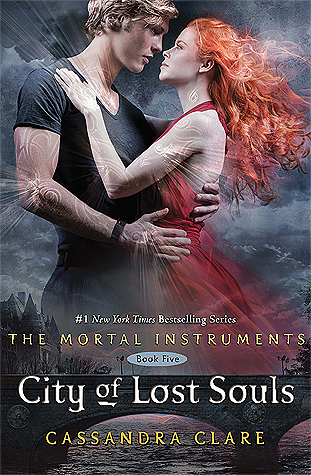 I also read, and then finished on the drive to Disney, City of Lost Souls by Cassandra Clare. Finally starting to come in on a close to the monstrous world of Clare’s, so I’ll be able to join those just waiting in anticipation for the yearly book to come out.

I still can’t believe she has like seven more books planned in different series and stuff. How. Teach me. I want to have that kind of ability.

What Else I did:

Not much. You’ll notice I’m skipping the middle bit here where I include something I ate or drank, and that’s for a reason you might discover later in this following week. Assuming I can gear up enough enthusiasm to do anything besides read and write fanfiction/my own work.

It’s another busy week of work on the horizon for me, so we’ll see how that affects everything. I know I’ll at least get some reading done, because I get a break in the morning and don’t have anything I need to do, so I read.

How did your week go? Hopefully not quite as unproductive as mine. Let me know!