Top Five Wednesday is a weekly meme created by GingerReadsLainey and hosted Sam from Thoughts On Tomes over on Goodreads. This week’s topic is top 5 non-horror books that scared me.

This one was … really hard. Books don’t scare me normally, so. I kind of went with books that more scared me because I was worried about something than because I was actually scared. Is that the same thing? Hm. Anyway.

5 – Life As We Knew It by Susan Beth Pfeffer

The situation in this book is terrifying. The moon getting pushed too close to Earth and it wrecking all kinds of havoc on everything living here? Yikes!

4 – This is Where it Ends by Marieke Nijkamp 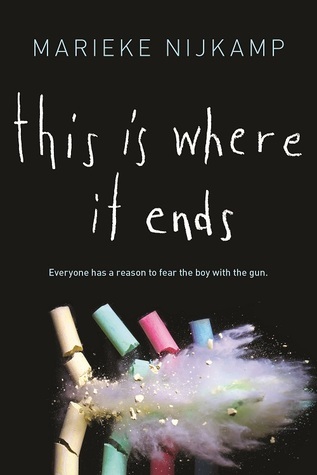 Again, extremely terrifying setting. Even moreso, because school shootings (and shootings in general) are a very real threat to the population.

3 – Life and Death by Stephenie Meyer 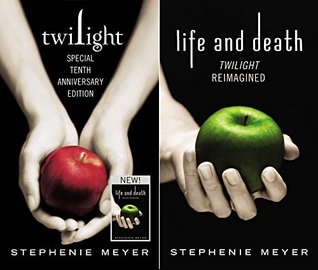 Okay, I know this seems like a random and joke-ish option to throw up on this top 5 for the week, and you’re right, it is. But I went into this genderbend of the original book, terrified of what I might witness, and left feeling relatively the same as I had going in. What was Meyer thinking? How could you not go into this one without at least being slightly apprehensive of what it is you might read?

2 – The Raven King by Maggie Stiefvater

I won’t give spoilers away, but this book scared me because I was on the edge of my seat the entire time wondering what was going to happen with my beloved Gansey. I didn’t trust Stiefvater to somehow forget the prediction we heard in the very first chapter of the very first book, so I knew shit was going to go down.

1 – Harry Potter and the Deathly Hallows

This, hands down, was the scariest non-horror book I ever threw myself into, because we had no idea what Rowling was going to throw at us in this final book. None.

It was absolutely terrifying.